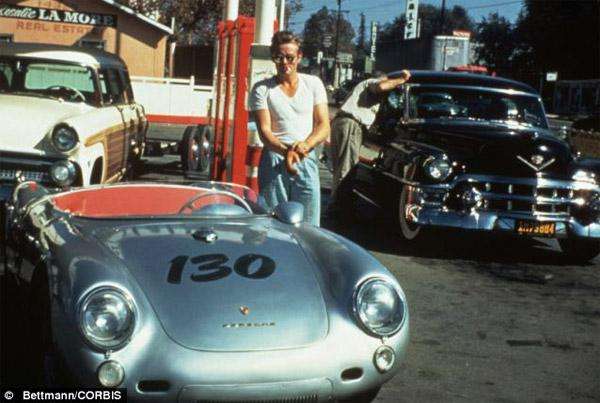 Hey guys! I know it has been AGES since I lasted posted (precisely 18 days!) and I want to quickly apologise for not posting. Don’t worry, I’m not going to suddenly just STOP posting and never return and if I did, I would sure as hell tell you all. Recently, I’ve had a lot of school work that I’ve had to complete and deadlines that I have had to meet but since all of that has passed now, I am going to post THREE posts this week; this one, one tomorrow and one on Sunday. Through these three days, I’m going to be posting three topics that cover everything that this blog is about; conspiracy theories, true crime and ghosts!

ANNOUNCEMENT: I AM THINKING ABOUT UPLOADING TWICE A WEEK ON BOTH A SUNDAY AND WEDNESDAY SO COMMENT DOWN BELOW IF THAT IS SOMETHING THAT YOU GUYS WOULD BE INTERESTED IN! On September 30th 1955, actor James Dean died in a car collision on the way to Salinas, California.

Whilst doing a recorded 85 mph, his 550 Spyder, nicknamed the ‘Little Bastard’, collided with another vehicle and was reduced to nothing but a pile of aluminium and steel. During the collision, his passenger, Rolph Wuthrich, was catapulted from the car and fortunately survived the accident that proved to be fatal for Dean. He was unable to leave the wreck as his foot had been trapped and crushed beneath the brake and clutch pedals. A nurse who happened to be passing by immediately stopped and attempted to help and she later reported that she felt a weak pulse from Dean. Around ten minutes later, Bill Hickerman, Dean’s friend who had been following them, turned up and managed to pry Dean from the wreckage. It is reported that Dean died in his arms and when the actor got to the hospital and hour later, he was pronounced dead.

James Dean had a closed casket funeral (to conceal his injuries) in his home-town of Fairmount, Indiana.

The 550 Spyder that Dean had his accident in was his pride and joy. Whilst filming ‘Rebel Without a Cause’, Dean upgraded his 350 to the 550 and decided to customise it to make it uniquely his own. He hired George Barris, the same man who built the Munster Koach and 1966 Batmobile, to customise it for him and in the end, the car was given:

The car was nicknamed ‘Little Bastard’ by Dean’s language coach and friend whose arms he died in, Bill Hickman. The name was then painted on the car by master pinstriper Dean Jeffries.

On September 23rd 1955, Dean met actor Alec Guiness, known for playing Obi Wan Kenobi, and asked him to take a look at the Spyder. Guiness told Dean that he had a ‘sinister’ feeling about the car and proceeded to tell Dean:

If you get in that car, you will be found dead in it this time next week.

Of course, a week later, Dean was involved in the aforementioned accident and died.

After the accident, the wreckage of the car was originally brought by Dr. William F. Eschrid who stripped the car for mechanical parts for his Lotux IX race car. After he salvaged the parts he wanted, the wreck was then passed on to Bill Hickman.

This is were the supposed ‘curse’ of the ‘Little Bastard’ begins.

Soon after the car came in Hickman’s possession, it fell off of it’s trailer and broke a mechanics leg.

Then, Eschrid and his friend Troy McHenry were racing in cars that had both been fitted with mechanical parts from the ‘Little Bastard’ when McHenry lost control of his car and drove straight into a tree, dying instantly. During the same time, Eschrid’s car locked up and rolled over whilst he was going into a turn.

Barris was still in possession of two of the Spyder’s tires that had left unscathed from the accident and he sold these on. They blew out simultaneously, causing the new owner’s car to turn off the road.

Barris had kept the car frame and most of the interior in his possession, minus the sold parts, and had been storing it in a garage, where it happened to catch the eyes of some would-be thieves. However, when they attempted to steal parts of the car, one thief’s arm was torn open whilst he tried to steal the steering wheel and the other was injured whilst attempting to remove the bloodstained tartan seat.

Due to the significantly high number of accidents surrounding the car, Barris was prepared to hide it from public accessibility but was convinced by the California Highway Patrol (CHP) to lend it to them for an upcoming exhibit they had planned.

The first exhibit failed as the garage that the car was being stored in mysteriously burnt to the ground; miraculously, the car escape unscathed. The second exhibition at at a local high school was abruptly ended when the car fell from it’s display and broke a student’s hip.

During transportation, the curse continued with the truck carrying the car losing control and causing the driver to fall out of it, then proceeding to be crushed by the ‘Little Bastard’ when it fell of the back. It fell off a further two transportation vehicles but luckily, no-one was injured during either of these accidents.

The CHP had decided that enough was enough with the ‘Little Bastard’ and when transporting it back to Barris, the car mysteriously vanished and the whereabouts of the car is now unknown.

A while ago, however, there may have been a ground-breaking clue in the search for the lost Porsche. According to ABC7 Chicago, the Volo Museum in Volo, Illinois, claimed that they had recieved a credible tip on the whereabouts of the car:

“He said he was 6 years old at the time, and was present as his father and some other men put the wreckage behind a false wall in a building in Whatcom County, Washington,” said Brian Grams, director of the Volo Auto Museum.

It had also been reported that the individual claiming to know information knew exclusive information about the vehicle and passed a polygraph test concerning the information he was offering.

I feel like the number of accidents concerning the car is way to high to be considered a coincidence but I do believe that the car was attached to a negative entity? No. Do I feel like maybe the car feels like it belong to Dean and Dean only? Maybe. Do I feel like maybe Dean himself was trying to warn people of the fate he had and telling them to not trust the car, accidentally injuring/killing people in the process? Also maybe. Unfortunately, unless they can recover the car, we will never know…

So what do you guys think? Do you think that the ‘Little Bastard’ really was cursed and that it caused all of the accidents and deaths or do you think that it is all merely coincidence? I would love to know your opinions so please leave comments down below.

Also, I’m thinking of doing a followers’ stories post some time in the next couple of weeks so please send me your stories here.

Thank you so much for your ongoing support; I love you all and remember:

Rights for image of James Dean and the ‘Little Bastard’ go to: Bettmann/CORBIS

One thought on “The Curse of the ‘Little Bastard’”